Whilst here in Wellington, with my grandfather's health jeopardy - I did find some time (before things got worse for the poor, but incredibly strong man) to pop off to the Back Benches Pub. I went, knowing I'd be meeting with an old high school friend of mine, Danny Bultitude, and also knowing that Back Benches would be shooting the same night. What I didn't know, was that I'd unwittingly get involved as one of the main people on the show that night. Sure, don't get me wrong, it was one hell of an experience: I just didn't expect it comin'. I remember it well (sort of), as if it happened yesterday...

I get out of the car, and walk straight into the pub. Shit - no spaces.. One literally needs to book a table, just to get a good seat in the joint.. However, I did seem to naturally quiver over towards the bar and order a beer. By that point, the phone rattles as I pay for the pint - Danny just informing me to tell him when I arrived to give him a text back. As I text back, writing that I'm already at the bar - a female taps me on the shoulder. The producer (who I didn't know at the time) had asked if I was in attendance for the program. Naturally, I said that I was a big fan of the show - during its original run on TVNZ 7, even stretching to now on PRIME Television (although once could certainly improve the quality of their OnDemand service) and that I always wanted to see how the show was made. With that, she welcomed me and I went back to my beer. 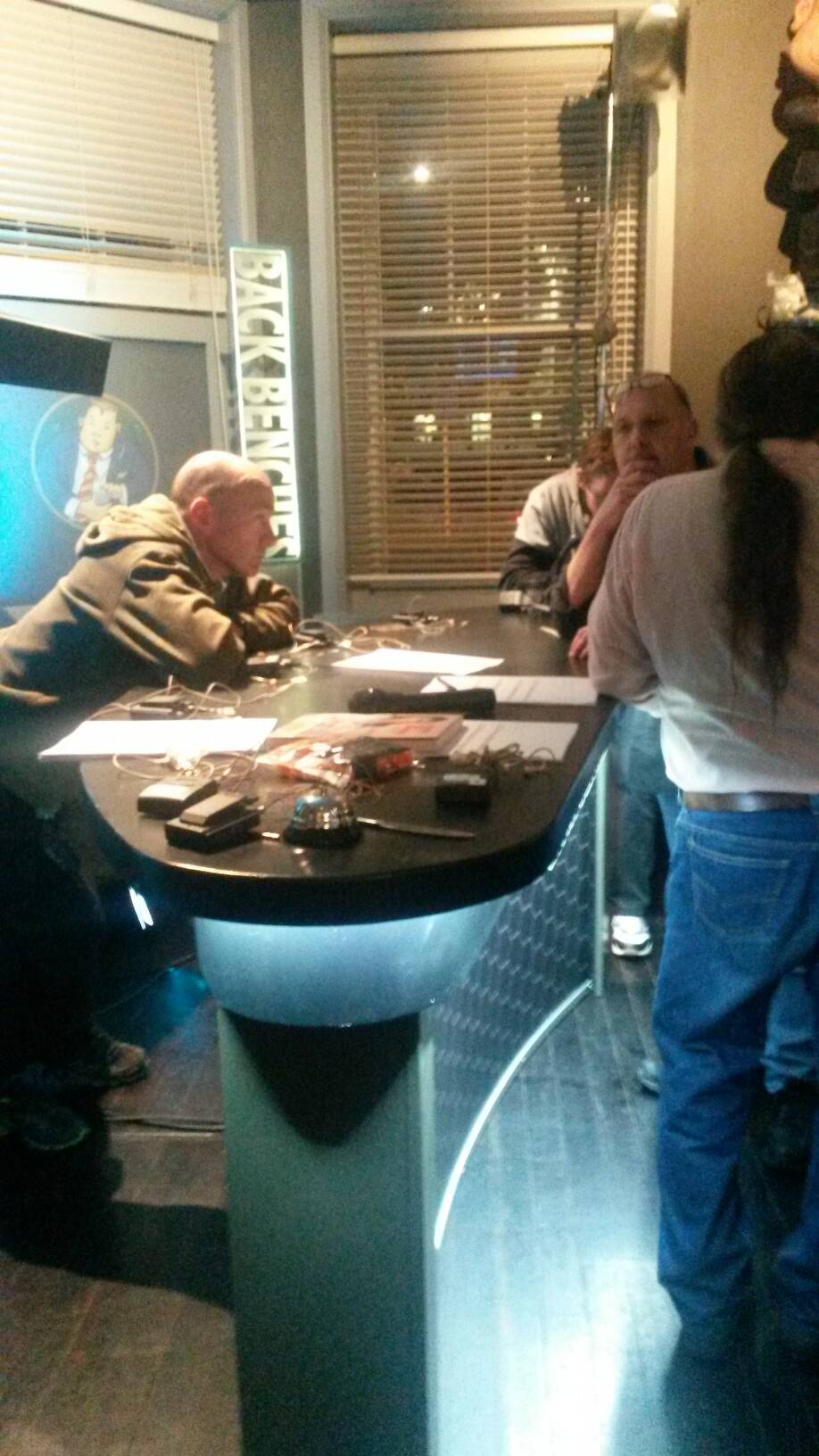 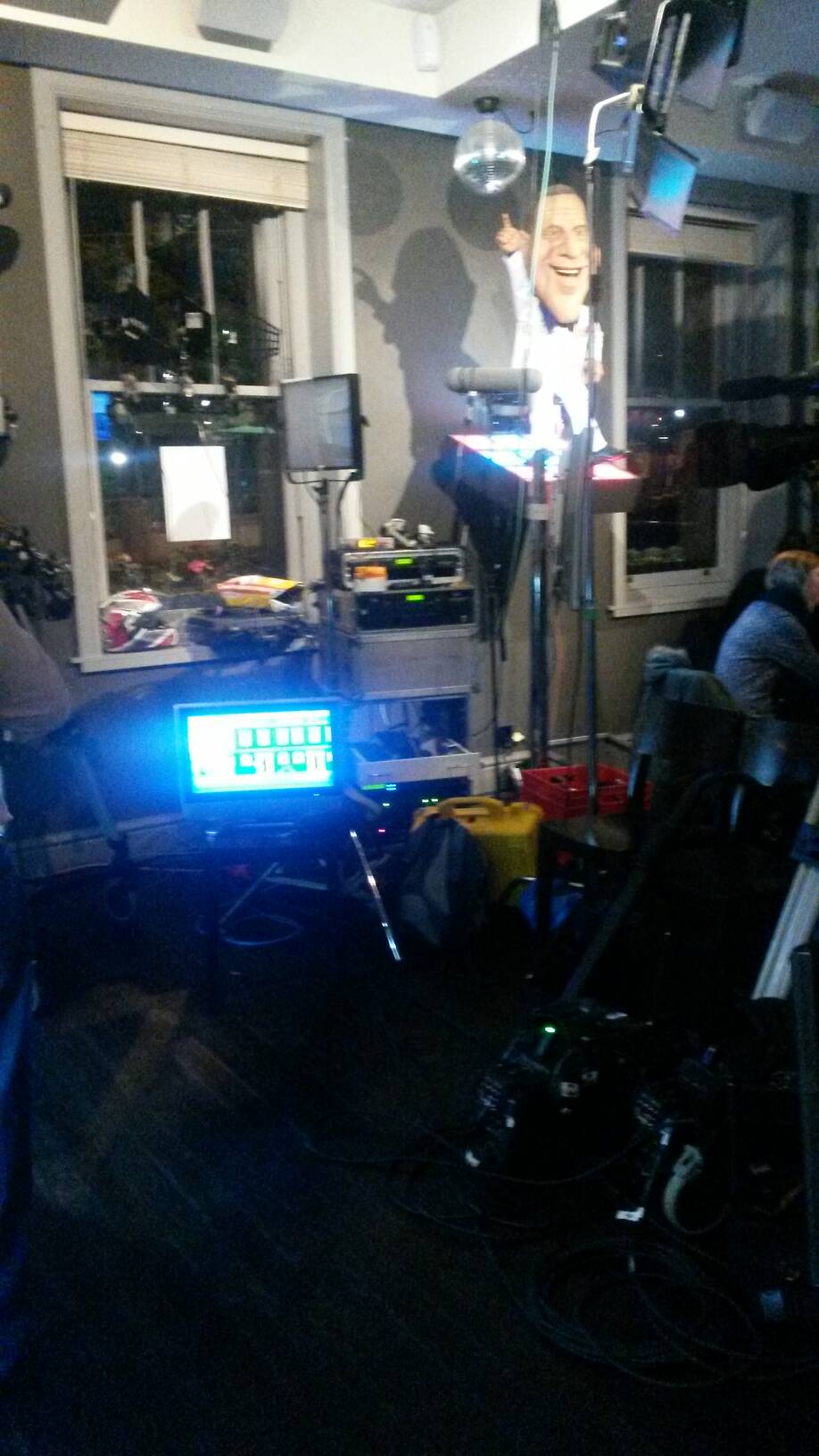 Danny comes over. I shout him a pint of cider. Nek Minit - Wallace Chapman appears and comes over. His interest in my grandfather's Tweed jacket, facinated him (which isn't surprising, given that he has a fashion blog); then he just proceeded in tapping Hayley Holt on the shoulder, telling her that here are some interesting people to have as pundits: possibly one-off. If I didn't have my Tweed-patterned jacket, the episode would have gone normally and without speech-slurred hitches. But nope. It didn't end up that way..

With room to mess up with the frame.. Danny and I decided to perform acts of shenanigans whilst interviews with more serious individuals, unlike ourselves, took place. This is before they came over to us..

I have the strangest feeling that they could give me an oppertunity to produce something for them in future.. Possibly.. That.. or I'm just getting ahead of myself.